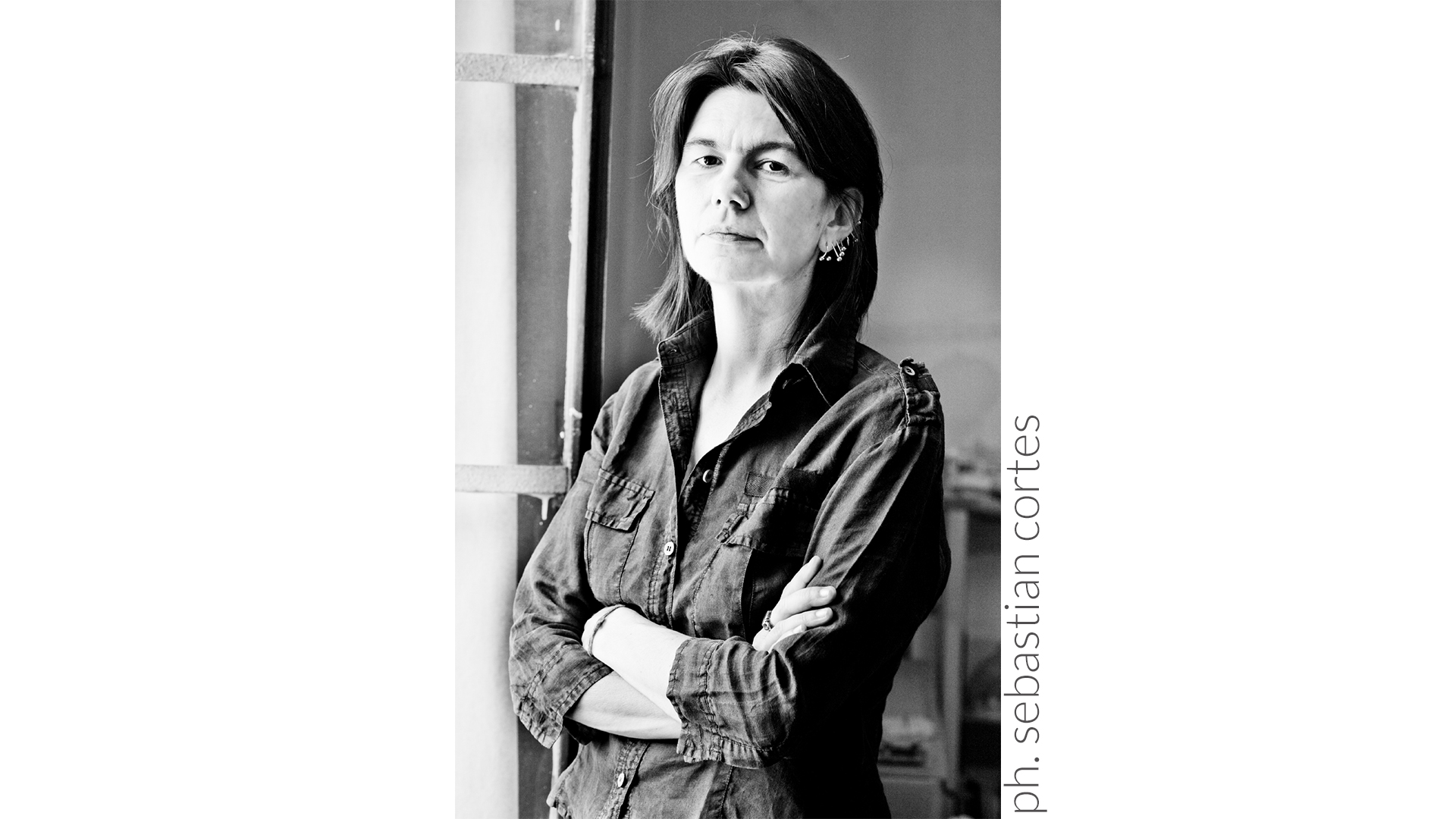 Liliana Moro was born in 1961 in Milan, where she lives and works. She graduated from the Accademia di Belle Arti di Brera a Milan, where she studied with Luciano Fabro. In 1989 she founded,with other artists, the Spazio di via Lazzaro Palazzi in Milan, active until 1993. Encountering the works of Liliana Moro we have the perception that only what is strictly necessary is present. Sound,words,sculptures, objects and performance, compose a world that “stages” a reality simultaneously raw and poetic.These are territories of an individual experience (that of the artist but mainly that of the viewer) that ask for going beyond what is visible. The reduction to the essential understood as an attitude, a practice and a positioning, does not result from a retate of a minimal language: it is a rather something the artist triggers both when choosing to use elaborated techniques, and when opting by using existent materials and objects of everyday use. A prominent element in Liliana Moro’s research is the political dimension, not translated in the illustration of contents, but related to the forms of addressing the recipients; for example by placing her work on the ground she implicitly asks the viewer to bend down to see it. Freedom of action i san important aspect of the work, but it only defines it partially: what creates an interesting differente is the relation between the university of possibilities and a tension – both physical and poetical – produced from this relation. Liliana Moro has shown in major international group exhibitions and solo show including: Documenta IX, Kassel,;Aperto XLV Venice Biennale; Castello di Rivoli, Turin, Quadriennale Rome, Moderna Museet, Stockholm , PS1 ,New York , De Apple, Amsterdam ,  Palazzo Grassi Venice , MAMbo Bologna , MART Rovereto , Triennale Milan ; MAXXI  Rome , Galleria Nazionale d’Arte moderna Rome, 58° Biennale d’Arte Padiglione Italia, Venice;  Galleria Emi Fontana Milan, MUHKA Antwerpen; Italian Cultural Institute of Los Angeles, Fondazione A.Ratti, Como, Fondazione Zegna All’Aperto, Trivero , Cubo Garutti/ Museion Bolzen, Galleria Francesco Pantaleone Palermo/Milan, Galleria de Foscherari  Bologna.