Olga Kisseleva’s work Divers Faites is built around a photographic series of contemporary still lives, and is a contemporary dictionary about the symbolism of the food and objects of everyday life 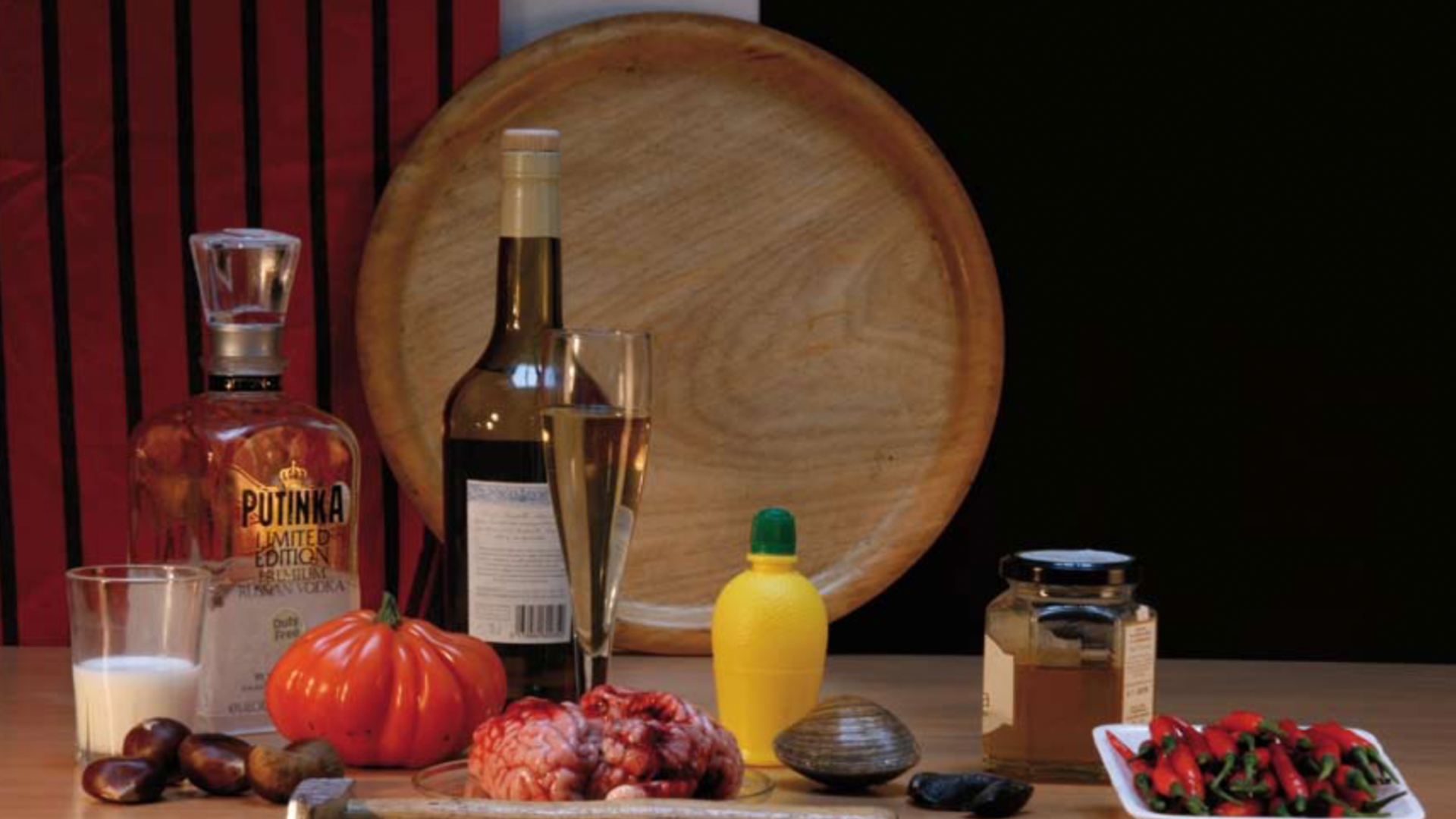 The historic references of the project are situated in the Dutch painting of XVIIth century, which contains a real dictionary of visual allegories developed by the painters of the Renaissance of the North, where every still life hides, the ” second line ” of subject told through any sorts of foodstuffs. Each piece the series Divers Faites is also a story, which is read through the multiple semiotic and emotional meanings appropriate for each of the present objects in the composition.
The works were realized by a mixed team, consisted of art historians, sociologists, semiologists, one writer and the artist, according to the following protocol. A contemporary dictionary about the symbolism of the food and the objects of the everyday life is created by the team of the project there. This dictionary is made of different sections which consist of always valid historic references, as well as of international contemporary references. Fifty short stories were ordered to the writer Helena Villovich. These stories are inspired by our everyday life (that of a Parisian suburb of the years 2000 populated by artists, poets, wholesalers of clothes and by the immigrants in wait of Eurostar. Every story is built around some keywords extracted from the dictionary. A still life consists according to every story. Objects chosen as the still life correspond to keywords on the base of the story.