Traces of Time is Wang Tong’s first solo exhibition in a gallery in Europe. The exhibition is a project jointly organized with Beijing-based independent art critic and curator Manuela Lietti. Traces of Time showcases two different yet complementary bodies of work created by Wang Tong during the last decades: the ongoing project Forging Cities and the iconic series Mao on the Wall, both examples of historical accuracy and the artist’s commitment to long-term projects. The landscape, especially the urban one, becomes a metaphor not just for the incessant metamorphosis of Chinese society, but for the Chinese condition. Desires, hopes, fears, and a sense of transiency are all rooted in and reflected by this landscape. 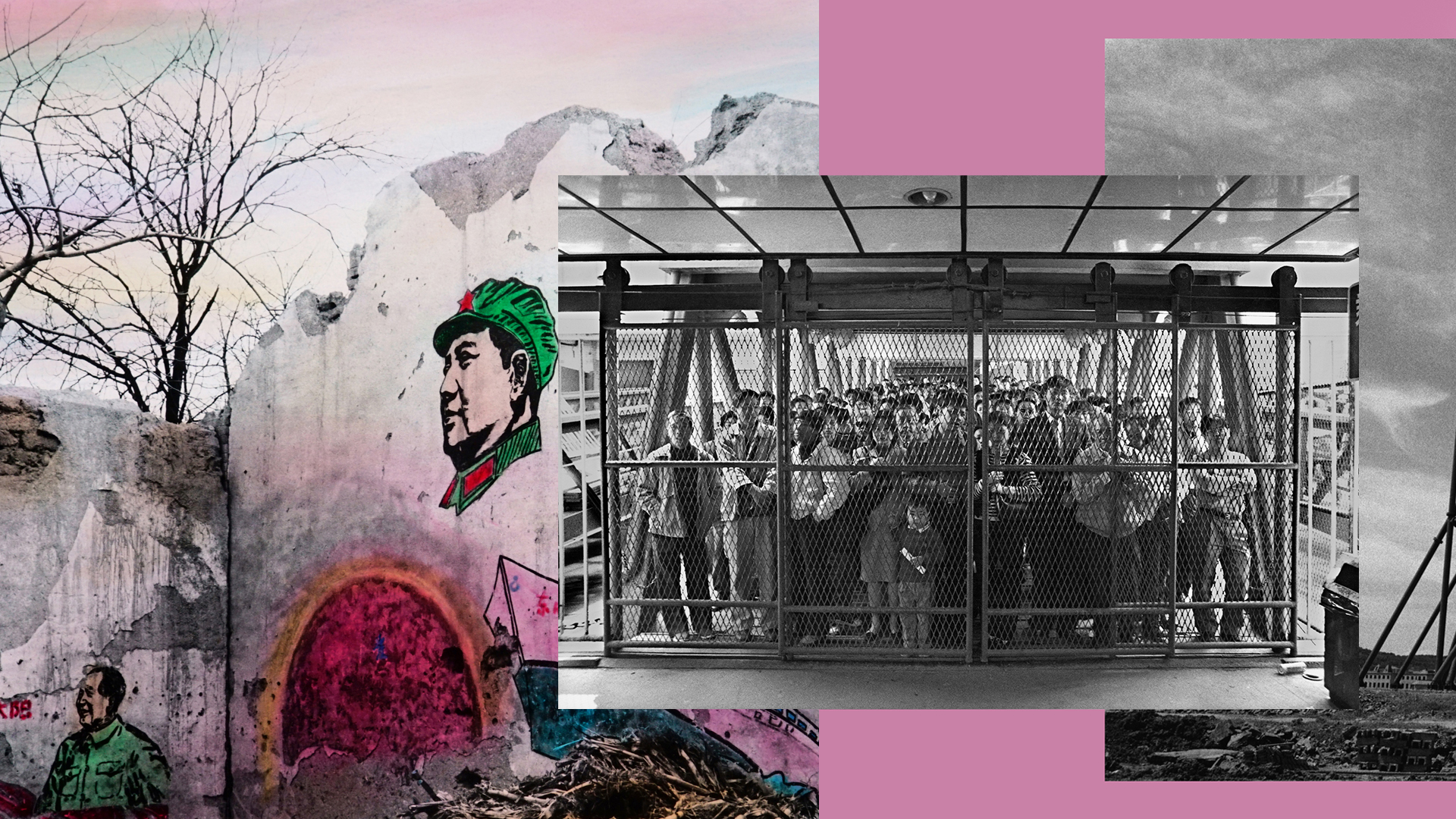 Forging Cities is an encyclopedic project on which the artist has been working for more than a decade, an open series focusing on the hundreds of cities across China that Wang Tong has visited and captured in his insatiable lens. Wang has assembled an urban Wunderkammer of expanding cities suspended between reality and fantasy, desire and fulfillment. Amusement parks under construction, a bridge by a lake enveloped in mist, concrete walls that unquestionably divide the rural from the urban, towering skyscrapers, iconic vistas recognized even by casual viewers, and anonymous urban corners are just a few of the myriad subjects incorporated into this massive project. These Chinese cities are captured in black and white photos that are often intentionally blurry, presenting the urban world as a collage, constantly unfinished and challenged by new visions.

Mao on the Wall is another massive project undertaken by Wang Tong since the early 1990s. The series documents the images of Chairman Mao that were stenciled on the walls in peasant China during the years of the Cultural Revolution. Today almost all of the buildings that appear in the work of Wang Tong (almost 200 photos taken across China) have been demolished, disappeared or simply have changed their connotations due to the social-economical changes undergone by China in the last decades. This aspect makes this body of work not just the witness of the political turmoil that impacted China during its most conflicting decade (1956-1966), but also of the incessant passing of time, of the incessant quest for modernity that characterizes this country always on the move.