A group show with Geraldo de Barros (Brazil), Paolo Canevari (Italy), Olga Kisseleva (France/Russia), Wang Tong (China), Avinash Veeraraghavan (India).
A selection of works by three generations of artists, spanning four different continents.
Different historical, political and artistic periods. Different social and urban contexts. Through their works, these artists depicts expressions of a visual vocabulary that refers to continuous interconnections between art and society: gathering strong inputs, eager to find a synergy between past and future, oscillating between different contexts. In this different explorations, the landscape, especially the urban one, becomes a metaphor for the incessant metamorphosis of society. 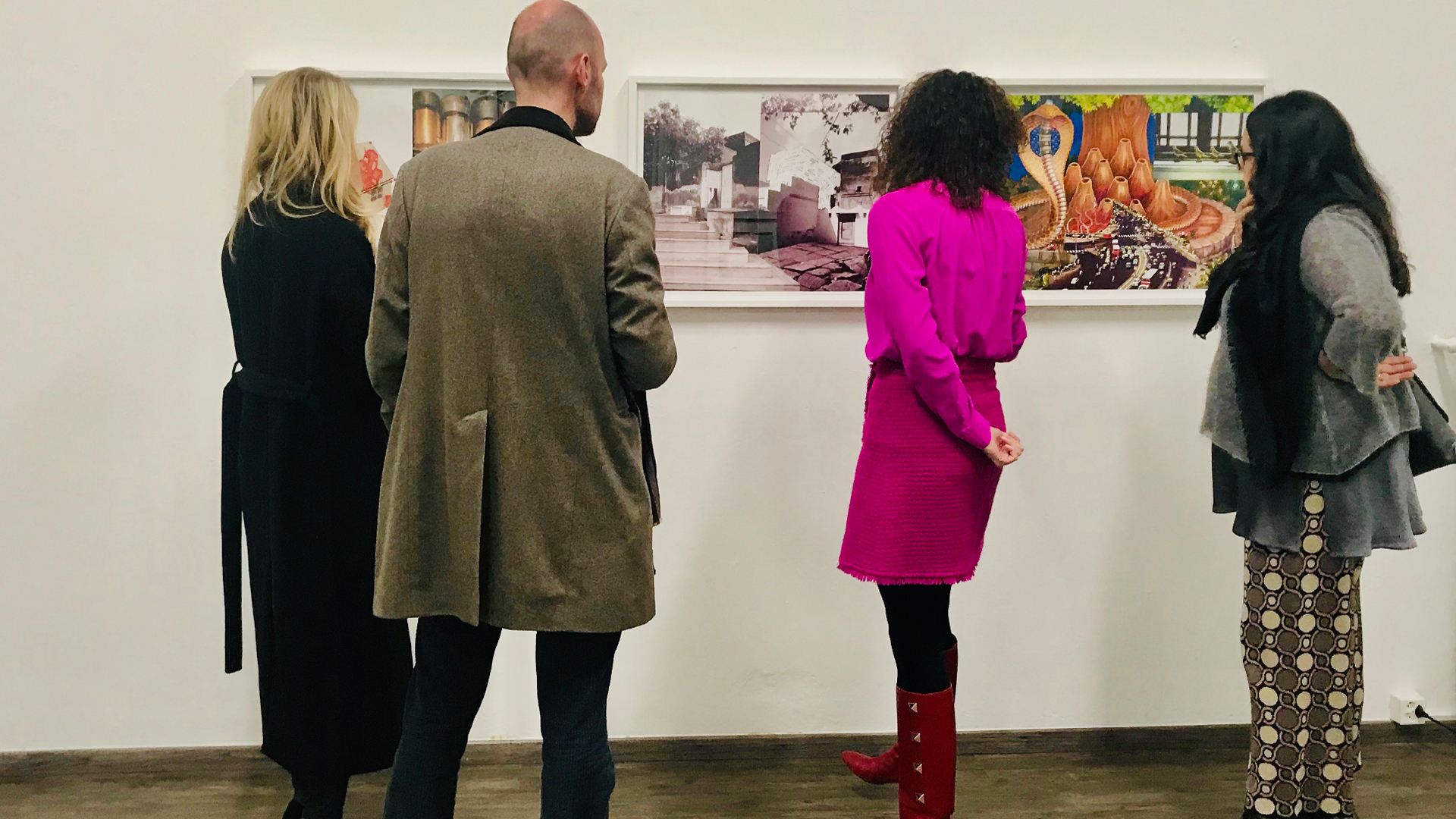 Geraldo De Barros was a Brazilian painter, photographer and designer, who also worked in engraving, graphic arts, and industrial design. He was a leader of the concrete art movement in Brazil, cofounding Grupo Ruptura and was known for his trailblazing work in experimental abstract photography and modernism. The exhibition features a selection of Sobras and Fotoformas.

Canevari is one of the most internationally renowned artists of his generation. On view, his video work “Bouncing Skull” shows a boy playing with a dirty ball in front of the ruins of a city. The video was shot in the former Serbian Army Head Quarters in Belgrade, that was bombed in 1999 by the NATO. What seems to be a ball, indeed is a skull. A boy is kicking, catching, rolling, and stamping the skull alone and intensely as if he is haunted by something. The video has been presented at the 52nd Venice Biennale and is part of MoMa collection.

The exhibition also features two works by Olga Kisseleva.
Data Emergency (or Camuflage Urbain) is a 2017 work by Olga Kisseleva, investigating the relationships between art and politics. The issue in “Data Emergency” is the access, we must know their strategies to be able to live in our way, to do not be part of the crowd walking in the same path, but understanding our own particularities and subjectivities which are the essence of human being. The data is comprehended by what we have to claim for, our rights, our perception and our desires. The data is emergent because we have to find a way to respond to oppression. “Data emergency” situation could be the rescue of our values to preserve our integrity.
Urban DataScape is an interactive multimedia installation to immerse yourself in the heart of the Parisian climate issues. Designed for the Banks of the Seine, this work inaugurates the launch ArtCOP21, a cultural event on climate change that took place throughout the year 2015 until the COP21.The artist Olga Kisseleva has devised Urban DataScape to encourage walkers to connect to their urban environment and reveal their collective dimension and systemic issues related to climate. It consists of an installation QRCode, which once flashed offers walkers the opportunity to travel in an enriched digital landscape and connected to historical, economic, political, cultural, social and climate related in world and in their immediate environment. A critical look at the use of technology, Urban DataScape also offers a non-market reappropriation of the QR-code to encourage citizen involvement and participation of all the great climate challenge through the digital potential.

Wang Tong’s photographs from the series “Forging Cities” portrays the abrupt changes that his mother country has undergone. He documents the construction and incessant renegotiation of China’s identity in both the individual and collective senses. His photographic work is the prism through which we can view the various layers of Chinese history that are inevitably intertwined with the artist’s personal experience. In Wang’s oeuvre, these elements overlap with thrilling results, and each photograph reflects a specific moment in his mental and geographical topography.

Avinash Veeraraghavan draws on his interest in the visual language of popular culture and digital imaging. His interest in visuals extends to images of all kinds, from photographs, patterns in print and textiles, wallpaper patterns, wrapping paper to motifs taken from different cultures. Veeraraghavan has been involved with the practice of image construction through meticulously manipulated digital images that are skilfully layered and juxtaposed to open up new possibilities of meaning. The complex visual collages reflect a deep-rooted and often manic exploration of the structure of emotions and the interstices of the mind.“I Love My India” was commissioned as a book by Tara Publishing, Chennai, in 2001. The book is a story of a generic Indian city, whose parts are mixed and matched from various cities and towns across India. The book is divided into three chapters: Billboard city, weak architecture and remote city (television and cinema), as every Indian city necessarily contains these three registers. With a healthy dose of popular culture, the collages in the book are that of a poetic and ironic insider decoding various fascinating and often contradictory facets of life in the generic Indian city.