Paolo Canevari’s project Decalogo was a commission for the Istituto Nazionale per la Grafica of Rome and the plates. themselves become the primary art object. Canevari employs traditional engraving techniques, creating plates who become sculptural objects. 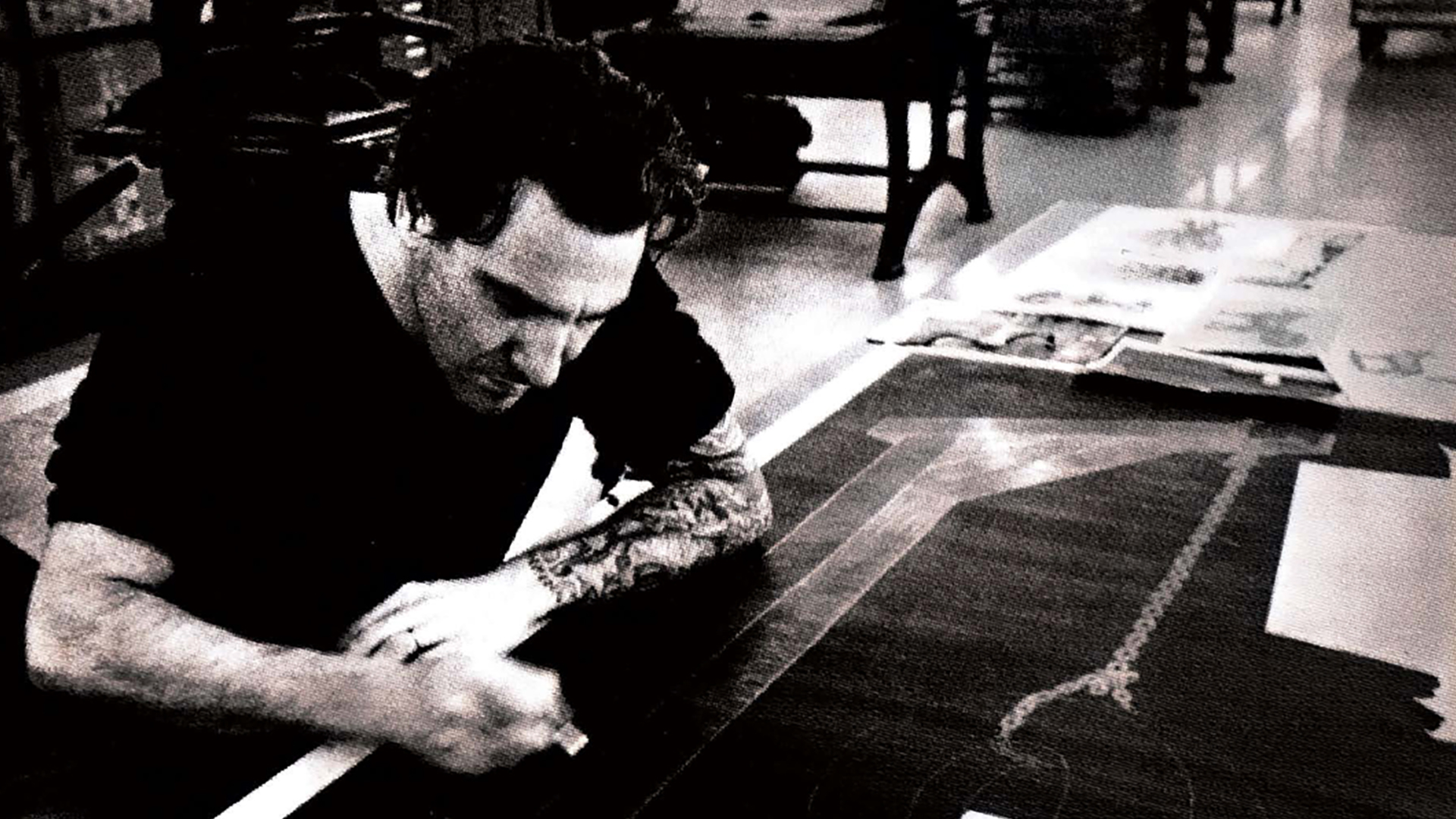 Paolo Canevari’s recent project Decalogo, a commission for the Istituto Nazionale per la Grafica of Rome and produced with the assistance of the master printer Antonio Sannino at the Calcografia Nazionale, directly inverts our expectations of how prints operate. Here, in place of the prints on paper, the plates themselves become the primary object.

Although Canevari employs traditional engraving techniques ­he learned how to engrave and etch places when he was a young art student in Rome, and since that time, he has incorporated the logic of printing into his large and varied body of work- he purposefully created the places as discrete objects whose end goal is sculptural rather than functional. The ten large places (the largest ever produced at the Institute) have been bent and mounted on the wall and are displayed independently of the prints, which is rare, as one does not often see the plate itself displayed as a work of art. As well, since the place is mounted, it can no longer be archived
or reprinted, which cancels one of its main raisons d’etre. In showing the places themselves, Canevari focuses our attention on their impressive and technically challenging scale and on the role chat the quality and density of the lines on the plate play in creating the print on the paper.

A word about the process: these copper plates are first ground with wax to create an engraving surface, and then the wax is scored with points of different sizes to articulate the depth of the lines that will form the image. After the engraving is set, the plate is “bit” with acid, which is left on for varying durations depending on the depth of the etching and the desired effect on the plate. For Decalogo, the images have been etched into the plates so that they may be “read”, after inking, on the plate surface itselfrather than only on the ensuing print.
This decision determines that any text in the print will appear backwards, which further reflects the secondary status of the print with regard to the primacy of the plates.

Each plate bears an iconic image from Canevari’s personal visual lexicon. They are challenging, provocative, and direct in their message. Six plates and their accompanying prints show conflagrations: a burning gun, skull, tree, dress on a cross, the Roman Coliseum, and a copy of Hitler’s Mein Kampf. Such gothic images of torched objects and places highlight the destructive property of fire and provide an excellent opportunity for Canevari to exploit the relationship between drawing and etching: representing fire in a drawing, plate, or print is not an easy task, but Canevari, through his total control and knowledge of how to work the wax­ground plate, is able to capture the fleeting kinetic energy that is released when something burns.

The remaining four plates and prints show an ominous tire swing on a hangman’s wooden frame, a dog chained to a tire upon which “god” is written, a Bible with a gun placed on it, and a man poised to catch a falling bomb. These images are more static than the fire images bur no less powerful. To my mind, they are meditations on personal freedom, destiny, and the negative effects of religion on our society.

The exploration of these ideas are not new territory for the artist. He has been mining the harrowing nature of war and torture in much of his recent work. Shown in the P.S. 1 courtyard in 2004, Welcome to Oz, composed of inner-tube tires and a wooden frame, simulated the barbed wire outside of the Abu Ghraib prison in Iraq. It was a stark reminder of the newspaper photos showing smiling American military personnel outside the prison where terrible atrocities were being committed. In Robert Storr’s 2007 Venice Biennal, Canevari’s arresting video, Bouncing Skull, showed a young Serbian boy kicking a rubber skull like a soccer ball in a bombed out courtyard. Powerful in its economy of means, this video is one of the best examples of Canevari’s clear vision when it comes to difficult material. For Canevari, Decalogo, the Italian shorthand for the Ten Commandments and perhaps the most well known social contract or “rules to live by”, is a logical extension of his continued investigation into how these dynamic images reveal political and social crises.