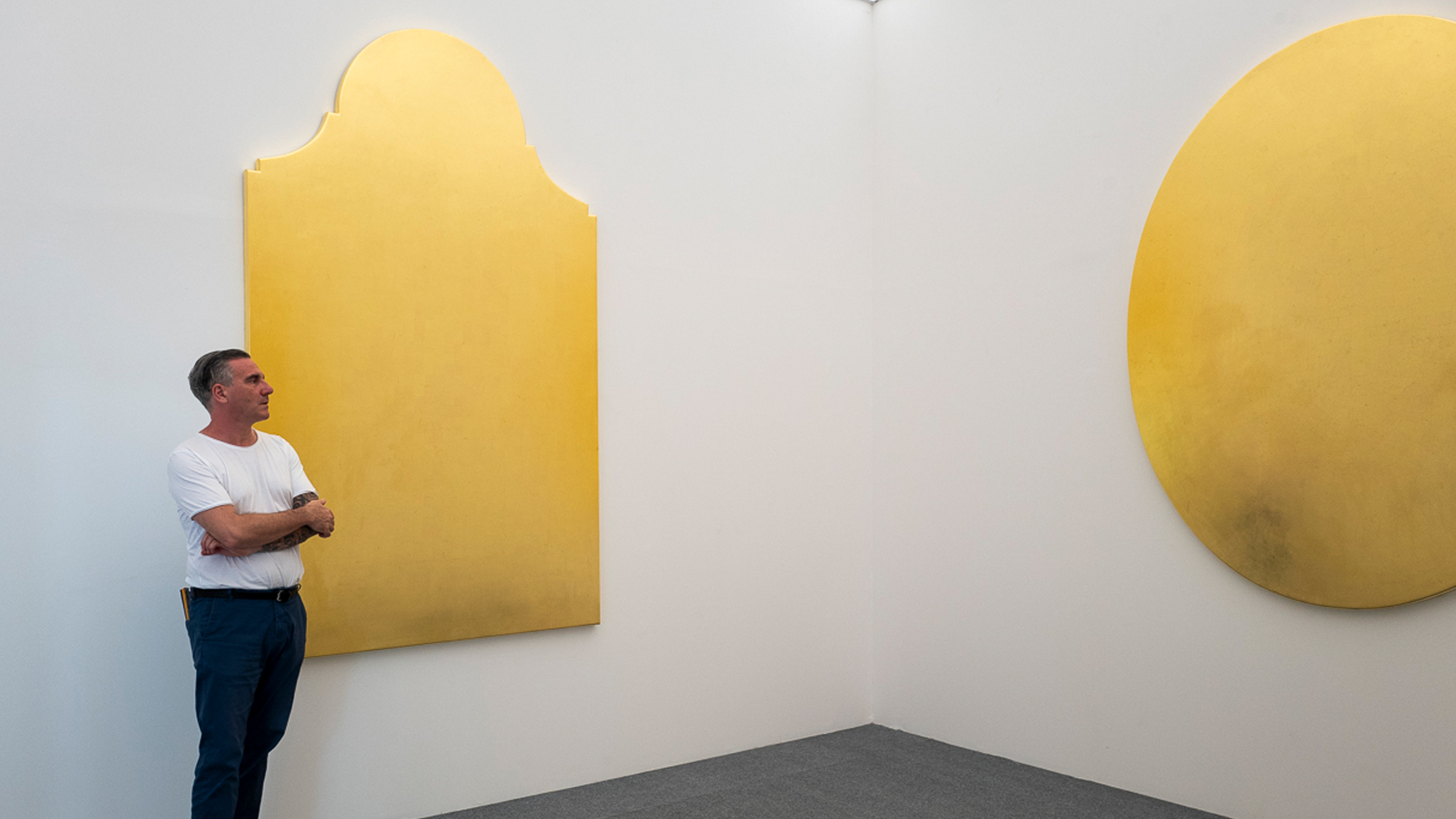 Paolo Canevari (born in Rome 1963) lives and works in Rome. Canevari is one of the most internationally renowned artists of his generation. Coming from a family of painters and sculptors who worked with an espressive rhetoric based on sacral and military imagery, which included the Roman she-wolf and eagle, helmet and sword. It was his inevitable destiny to become an artist who sought a mobile material and language strove for the anti-monumental. For these reasons, from the start of his creative development, Canevari has been fascinated by the icons which since the war’s end have shaped the memory of Italian culture, but he subjects them to an anti-nostalgic process, in which the material of their figuration evokes the crisis and decline of a civilization. Indeed, his work stems from thoughts and reflections on the transient nature of art and on the significance of artistic sculptures in modern society. While wondering on the value and origin of the most intimate aspects of memory, the artist develops his own personal language where symbols, pop culture, historical knowledge and politics are intertwined in a new interpretation of daily life. Canevari uses different media and materials, from sculptures to installations, from drawings to video.
Canevari has participated in numerous museum exhibitions, public commissions and publications throughout Europe, the Americas and Asia. In 2007 he participated at the 52nd Biennial in Venice curated by Robert Storr. His work is collected by major museums throughout the World: Centro per l’Arte Contemporanea Luigi Pecci, Prato; Museum of Modern art MoMA, New York; Foundation Louis Vuitton pour la Creation, Paris; Cisneros Fontanals Art Foundation, Miami; Macro, Museo d’Arte Contemporanea, Rome; MART Museo d’Arte Contemporanea di Trento e Rovereto; Bangkok Art Biennale Foundation, Bangkok; Johannesburg Art Gallery, Johannesburg; Istituto  Nazionale per la Grafica Calcografia Nazionale, Rome; GNAM Galleria Nazionale di Arte Moderna, Rome; MAXXI, Rome;  Perna Foundation, Capri; Olnick Spanu Art Program Garrison, New York.